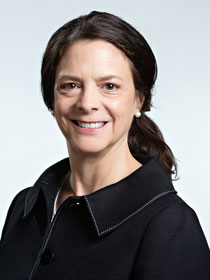 Terese Paletta is a founding member of Peterson Paletta Balice, PLC, and has distinguished herself as one of only 10 attorneys in Michigan recognized as a Child Welfare Law Specialist by the National Association of Counsel for Children.

She applies the same level of commitment to excellence and compassion for her clients to the other areas of her practice. Many area attorneys attempt to practice parent coordination, but few have the appropriate level of training and expertise.

With over 20 years of family law experience, Terese is one of only two Child Welfare Law Certification recipients in the Grand Rapids area and has received extensive parent coordination training.

She has served as the exclusive attorney-parent coordinator for the 8th Circuit Court in Ionia County since 2002 and is the founder of the Ionia County Parenting Coordination Team, which is dedicated to providing comprehensive services to children victimized by high-conflict divorce. She has been published in the Michigan Child Welfare Journal detailing this innovative work.

As a member of the Association of Family Courts and Conciliators, Terese is an expert mediator. She assists children and families in the full spectrum of legal needs, including adoption, guardianships, conservatorships, and school law issues. Terese is often called upon by the courts to represent children in abuse and neglect, custody, and delinquency matters.

Terese focuses her practice in the following areas: